Performance and Collaborations > The Great Feminist Bake Off Performance

The Great Feminist Bake-off features dueling artists Alexis Neider and Jenny Carolin as bakers facing off in fierce competition to create the most feminist cake, and artist Erich Eriving as MC and host. Taking place just a few months after the Women’s March in 2017, the Great Feminist Bake-off plays with ideas of feminism, flirtation, domesticity, revolution, competition, and humor as each contestant tries to win the host’s (and audience’s) adoration by proving herself the “most feminist baker.” Jenny takes on a grandmotherly archetype while Alexis performs as a “lean-in” business executive. Alexis and Jenny’s piece moves through various cultural spaces and times as they hark back to Martha Rosler’s seminal feminist piece, Semiotics of the Kitchen, and simultaneously touch upon the contemporary cultural phenomena, The Great British Bake Off. In the end, the cakes bleed, disembogue tampons, and explode. The winner dons a Golden Pussy(cat) Chef’s Hat. 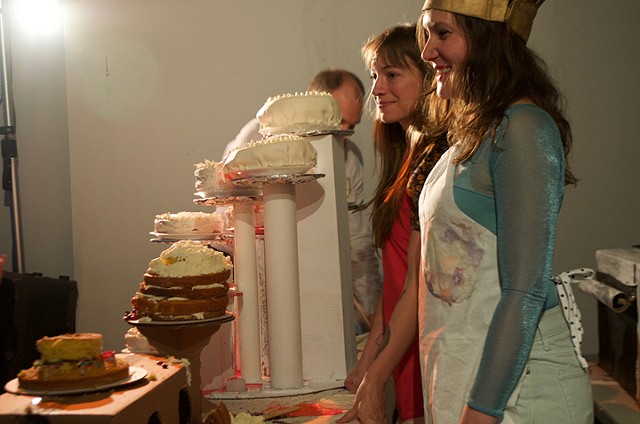 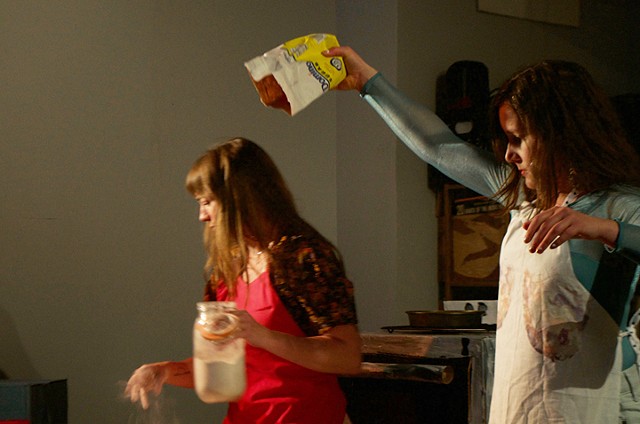 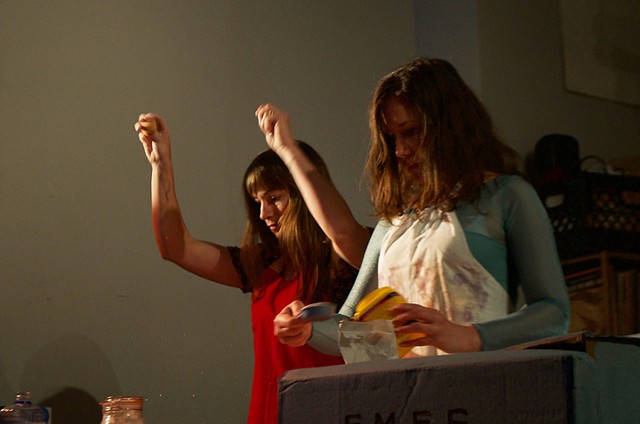 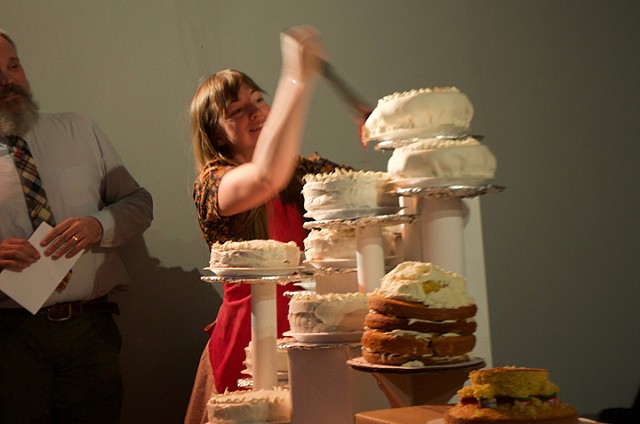 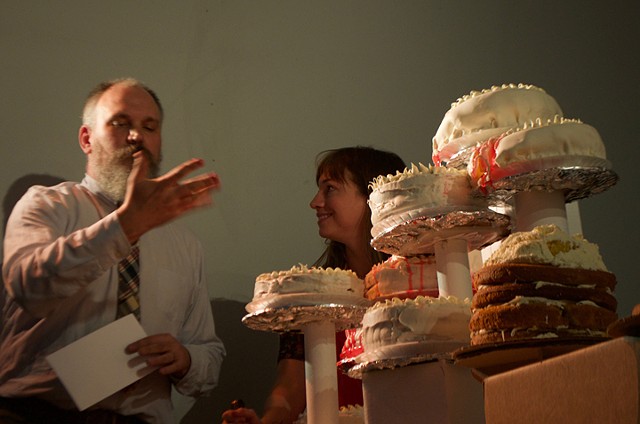 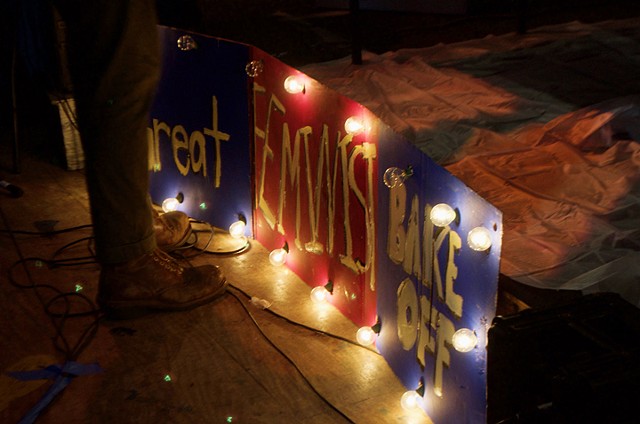